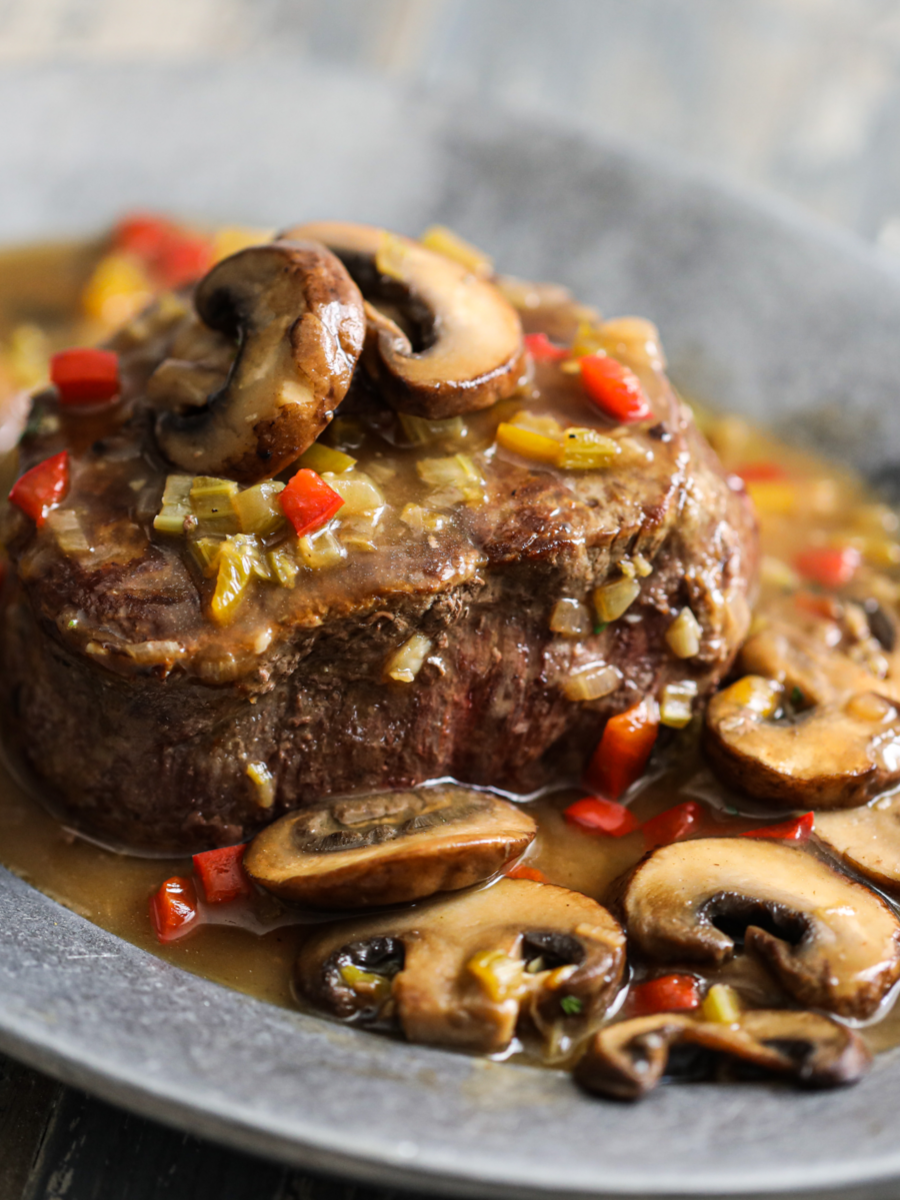 This post is sponsored by Omaha Steaks.  Rest assured, all opinions are my own.

There is a restaurant in about 30 minutes from my house in Binghamton, NY by the name of Cortese which has a dish that I’m quite fond of.  It is a quaint no frills Italian restaurant which was founded in 1947.  The dish named “Tenderloin Tips ala Cortese” is a family recipe. Tenderloin chunks sautéed with celery, mushrooms, peppers, onions, seasonings.  It is finished with a touch of cream sherry per their menu. This was the inspiration for me to create my filet mignon with sherry mushroom sauce recipe.

Sometimes I’m a creature of habit and I will find something I love on a menu and order it time and time again.  This is one of those meals.  A baked potato with butter, a house salad with garlicky salad dressing and I’m a happy girl.  It’s not that I’m afraid of trying new things, I just don’t want to be disappointed and have ordering regret.

Sometimes if you want something done right, you have to do it yourself..

Now, If I am being honest, I absolutely love the sauce that these tenderloin tips are served in.   However, if  I order them medium rare, they often are overcooked.   Likely that is because of the inconsistency in the size of the actual pieces of meat.  I’m guilty of not sending them back but I really hate eating my meal after everyone else does so in some cases, I just eat it regardless.  If it was a fifty dollar steak however, that would be a different story.

I wanted to be able to make that sauce at home but instead of tenderloin tips, use a whole piece of filet mignon that would be cooked perfectly.  Slicing into a medium rare filet with this sauce that I could make at home would bring me great joy.  My only regret is that I didn’t attempt to re-create this recipe sooner.

How can I improve upon this dish?

At the restaurant, the tips are served in a substantial amount of sauce with large mushroom and celery pieces.   Honestly I don’t remember seeing pieces of peppers the multiple times I have ordered mine.  That might just be because they are creating the sauce in larger batches and I didn’t get any.  That doesn’t hurt my feelings as I love that the flavor of the bell pepper isn’t overwhelming.  In contrast, it accents the other flavors to create this taste which had me always going back for more.

In my version, I leave the mushrooms cut into large pieces, but cut the peppers and celery into a fine dice so there are not large pieces in the final dish.  I wanted the filet and mushrooms to be the star of this show but be able to get a bite of the other ingredients in the sauce.  I chose a 10oz Omaha Steaks Private Reserve filet mignon.  Their Private Reserve filet is aged at least 28 days and has the highest amount of marbling of all of their filets.  They have many options depending on the size steak you prefer such as the Butcher’s Cut filets ranging from 4oz to 10oz and their Triple Trimmed filets ranging from 4oz to 6oz steaks.

To grill or not to grill

This filet mignon recipe can be make indoors or outside on the grill.  Get all of your ingredients prepared before you start cooking because this meal comes together really fast.  It is a meal that tastes like it came from a great steakhouse.  My preference would be have a baked potato on the side with a seasonal vegetable like green beans or brussel sprouts.   Trust me, once that aroma hits your nose, you won’t be able to wait to dive in. 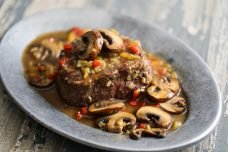 Cook time will depend on the size of the filet mignon or other cut of steak you cook.  I highly recommend using a quality instant read thermometer such as a one from Thermoworks.  Measuring the internal temperature of meat when cooking is the most accurate way to get a consistent result every time.
beefbeef tenderloinfilet mignongrill recipemushroom sauceOmaha Steakssherry saucesteaksteak recipe
July 26, 2020 By Melissa Reome
3
Giant T-bone steak with Bacon Alfredo Hasselback Potatoes How to Make Pollo Asado 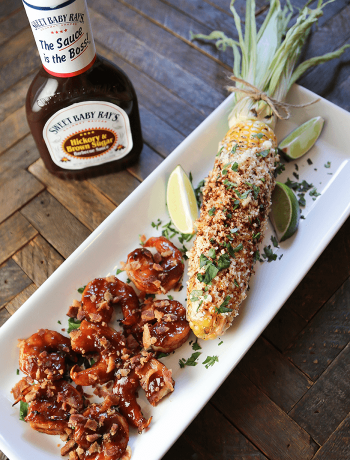 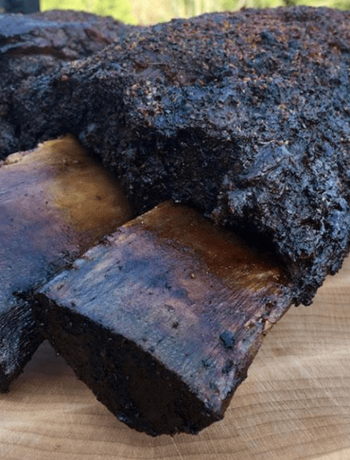 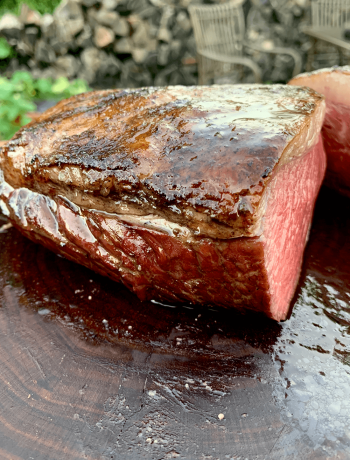